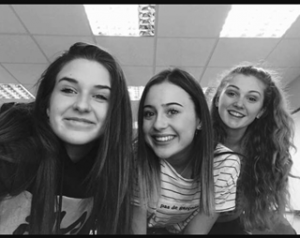 O Morgan are a 3 piece vocal harmony group. Jazz, (seen left) provides a rich bass to the lower tone of the harmony. Lottie (seen right) is a multi-instrumentalist who plays piano, bass, and guitar and provides the highlights to the harmony. Millie our final vocalist sings the melody which gives a rich and soulful sound to the group. O Morgan take influences from a range of styles such as pop, R and B and folk and combine them together; making each performance their own. They perform with a guitar, voice, percussion and loop pedal. This creates a full sound and a unique/exciting performance. They perform a variety of upbeat songs and try and create a new set for every gig to sustain audience interest and to keep it fresh. They offer a captivating performance and don’t fail to get the audience on their feet or clapping along.

Drop in the Ocean 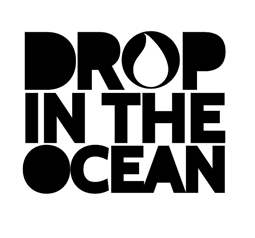 Drop in the Ocean (DITO) are a 4 piece up and coming, group of alternative musicians. They take heavy influence from their music tastes in, Indie, Reggae, Ska and Rock music. The 2017 season proved a great success for DITO, going down a storm at festivals including Altitude VF, Party 200, Pithayne Farm Festival as well as being awarded Devon schools Battle of the Bands winner at Dartington.  Over the last few months, DITO have taken to the studio, writing new music ready for the festival season. They are excited to introduce several new originals to their set which have already been greatly received at this year’s early show dates. The band are always enthusiastic in seeking new performance opportunities and wish to build on their previous work to make the 2018 season as busy and exciting as possible. 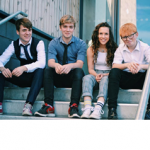 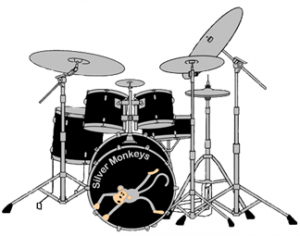 The Silver Monkey are 3 multi-instrumentalists who have been playing together for a year. The band is made up of Joshy Bohun (drums), Ryan Mobley (bass) and Hatty Bohun (guitar), although they take turns on all instruments. Joshy’s main inspiration is Bob Dylan, Ryan was inspired by The Who and Hatty is massively influenced by The Beatles. All 3 of them have been raised on music but are mainly self-taught since they were 13 years old. They play a mixture of genres from Bob Dylan to Oasis to The Cranberries.
Their name, The Silver Monkeys, is inspired firstly by the village their first gig was at and secondly by The Beatles original name, The Silver Beatles. They are very excited to be performing for you! 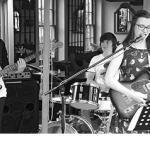 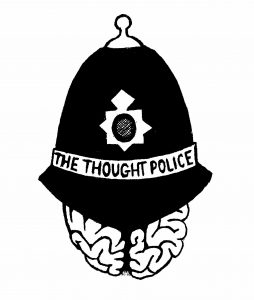 The Thought Police are an Alternative Nu-Metal band, best known for being the alternative to such greats as Limp Bizkit. With a contagious swing to their music they leave audiences in awe with their intricate compositions and incredibly well choreographed live performances. Most commonly known for such songs as “La Fin” and “La Start”.

Critics have said described The Thought Police as, “Almost slightly exactly like the opposite of limp Bizkit”  “Different”, “An Odd sense of humour” and “A spiritual successor to Limp Bizkit”

With their new album “Demarcus Craig” in the works they have amassing a large following in the local area of Bridgewater.

With experience in large venues such as The Castle School Taunton and Richard Huish College, experienced would be an understatement. 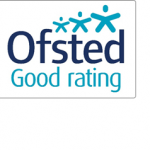 India Bartholomew, Dayne Griffiths, Adam Coles, Boedi Harris, Az Dockings and Will Hincks are Eleventh Degree. Eleventh Degree are a 6 piece performance and recording group who use hard, blues influenced rock as it’s stepping stone to wider horizons. The band takes influence from giants such as Led Zeppelin, Queens of the Stone Age, Black Sabbath and more to create their own unique take on the genre.

The band has seen significant success and has been well received, performing regularly and even at gigs organised by the BBC Introducing program. 2018 will be a busy year as the band is
currently in the process of recording their first album ‘XI’ which will be followed by a tour to support the release. Check out more on their Facebook page. 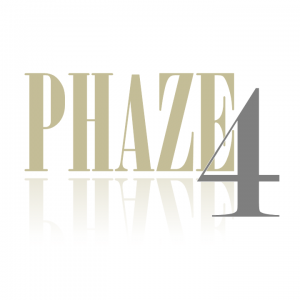 Phaze 4 are an up and coming four-piece pop/soul cover band.
They consist of voice, piano, drums and bass and have been performing together for nearly two years. Their main influence is popular music with a wide variety from older music to more current
music. Phaze 4 have played at many different events ranging from Weddings, Parties and Charity events. Last year they won a local ‘Battle of the Bands’ competition giving them an opportunity to record their first original in a local studio.

Proud to be sponsored by 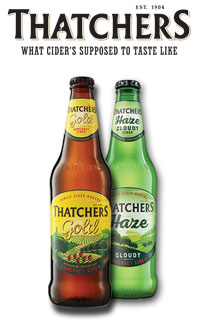